2018 has been an incredibly, painfully long year. One thing that has made it bearable has been the wonderful array of books we have at our fingertips.

2018 was trash in many ways, but we have a lot of amazing books.

Here is a shortened (really! I tried to shorten it!) list of a few of my favorites. Lots of series included here. 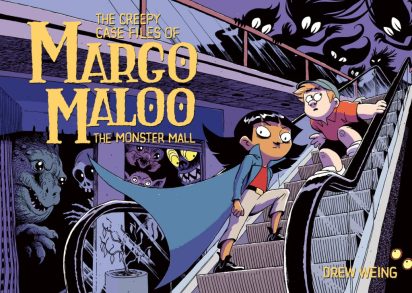 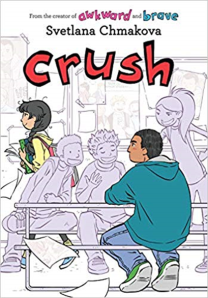 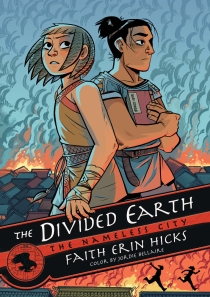 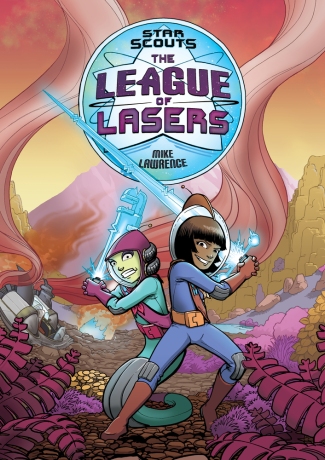 One of my favorite middle reader books this year was the final book in the Chronicles of Claudette series from Jorge Aguirre and Rafael Rosado, MONSTERS BEWARE. It has a true-to-personality hero’s arc for Claudette and her friends, and it’s just as much fun and adventurous as the first two books. Read my interview with author Jorge Aguirre here.

Another wonderful graphic novel for young and middle readers is The Creepy Case Files of Margo Maloo series from Drew Weing, and the second installment, THE MONSTER MALL, continues the themes of gentrification and bridging differences via humans and monsters. Everyone in my graphic novel reading family is looking forward to the third book! Read my review of The Monster Mall here.

Vera Brosgol’s BE PREPARED was a humorous and soothing balm for my kids this spring, who both went to overnight camp for the first time this summer. The graphic novel is told with humor, honesty, and very true-to-life observations about what it’s like to feel “too different” at times. Read my review of Be Prepared here.

CRUSH by Svetlana Chmakova is set in middle school and continues as the third installment of the Awkward series. Jorge Ruiz is a genuinely kind middle schooler who grapples with the push and pull of friendships and budding romantic feelings. Full review to come!

Another graphic novel in a series that entranced my family was Mike Lawrence’s THE LEAGUE OF LASERS, the second book in Star Scouts. I loved this continuation of Avani’s adventures in other worlds for its colorful illustrations and the development of the characters and complications they encounter. Read my review of The League of Lasers here.

THE DIVIDED EARTH, the third and final graphic novel in The Nameless City trilogy by Faith Erin Hicks, is more mature, deeply detailed, and ultimately satisfying for readers who have been following Rat and Kaidu’s friendship and adventures. The Divided Earth is more graphic in its violence and more complicated in its intrigue and relationships, but it avoids gratuitous gore. Read my review of The Divided Earth here.

ONE TO WATCH: Coming in February of 2019 is Jerry Craft’s NEW KID. I’ll have a formal review in January, but believe me — you’re going to want to pre-order this graphic novel! 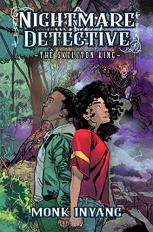 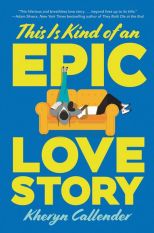 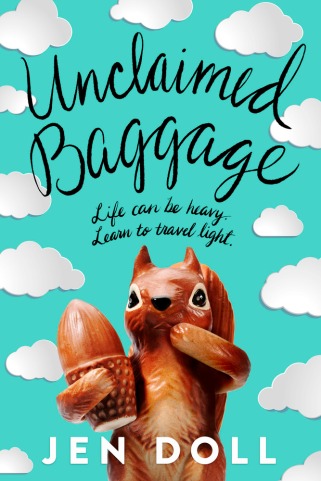 Jen Doll’s UNCLAIMED BAGGAGE has received lots of accolades since its release, all well-deserved. I’m not even done reading it yet (but I almost always read the ending of novels early on, so I feel confident in this rec), and I can whole-heartedly tell you to go pick this up. The heartfelt honesty in the descriptions of the see-saw of teenage confidence and vulnerability in the characters is spot on, and the concerns are at once adult and totally teenaged. Sexual assault, alcoholism, peer pressure, mourning death, and family dynamics all play a role. (Full review to come!)

A BLADE SO BLACK by L. L. McKinney is a fantasy novel that combines Alice in Wonderland allusions and a main character who kicks ass while still maintaining a very-much-a-teen presence, a la Buffy the Vampire Slayer. One of the most effective aspects of A Blade So Black is the connection between the monsters the main character Alice must fight and kill, which are created and fueled by human fears and nightmares, and real life tragedies and anxieties. The death of Alice’s father and her heart-wrenching response is the earliest example, but the senseless gunning down of a young woman in Alice’s neighborhood continues the thread both realistically and painfully. Read my full review here.

IS THIS GUY FOR REAL? by Box Brown was an unexpected delight early on in 2018. It provides a behind-the-scenes feel for fans of Kaufman and gives enough background that those new to his antics can appreciate the graphic novel as well. Written with compassion, straightforward description, and a tender lens aimed at the eccentric, lovable Andy Kaufman, Box Brown creates a story that makes readers feel like they’re getting the inside scoop on this entertainer. Read my full review here.

THIS IS KIND OF AN EPIC LOVE STORY by Kheryn Callender is full of characters readers will immediately recognize, and the main character, Nathan Bird, is conflicted and vulnerable and hopeful and afraid – so much so that it almost makes him lose his friends and a chance at love. The novel is recommended for 14+, mainly for occasional coarse language and sexual activities in one or two scenes. A full review is included in this round-up.

NOWHERE BOY by Katherine Marsh is both timely and classic. When Max is forced to move to Belgium from Washington D.C. for his father’s job, he is miserable and lonely and he feels out of place. Little does he know that Ahmed, a boy who escaped Syria after losing his entire family, feels much the same way – and he is hiding out in Max’s family’s basement. Upon discovering Ahmed, Max must confront his own selfishness and willingness to help someone even if it means risking his own comfort and safety. A full review is included in this round-up.

One to Watch: THE NIGHTMARE DETECTIVE: THE SKELETON KING by Monk Inyang is a fantastical adventure mystery that promises to be the first in a Nightmare Detective trilogy. I’m in the middle of reading it, and already I really enjoy the characters, and I look forward to finding out how the story unfolds. Full review to come! This novel is independently published, and you can read about the author here.